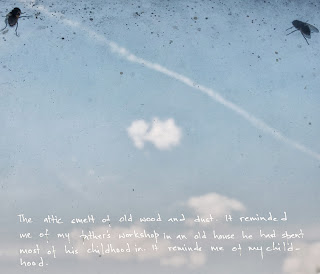 This is too beautiful. Disgustingly beautiful. In the haze of this picturesque postcard, blended with cheesy quotes about nature or god- I seek silence. That is my aim. I seek my own world, far from reality, far from dreams I have had. A new place that will exist in this paper and in my mind's eye.

I want to bring you closer with the help of those liars - words. But then again, images lie, light is a liar. Truth is what you make of the lies put together.

I would rather tell you my lies than have you believe in 'reality'.

Part of Prasiit Sthapit's series Hidden Places will be shown in the Kirkkopuisto Photo Annual opening on Thursday September 26th at 6:30pm.

Prasiit Sthapit is a young Nepali photographer and Hidden Places was made during a three week residency in Jyväskylä, Finland.

The Kirkkopuisto Photo Annual is brought to you by Äkkigalleria, The Centre for Creative Photography and the Valon Kaupunki Jyväskylä event, in association with the Jyväskylä Art Museum, the Jyväskylä Theatre, the Jyväskylä Symphony, the Craft Museum of Finland, the Alvar Aalto Museum and the Museum of Central Finland.