A few images taken during the installation yesterday and today just for a taste of what's to come. The opening is Wednesday July 31st from 4-6pm. Everyone is welcome!! 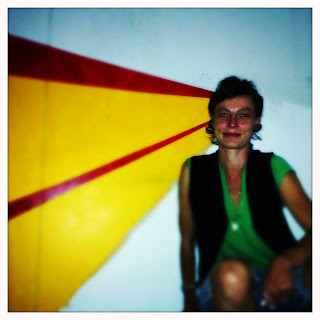 Hélène Baril in front of her SBK mural in process. 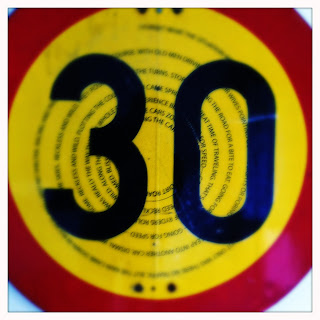 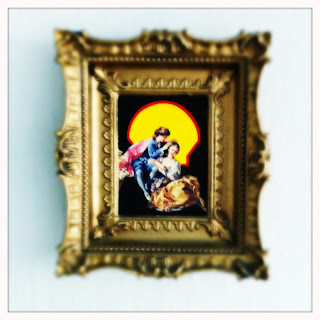 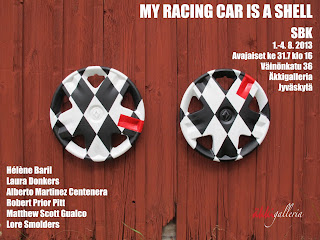 Äkkigalleria’s twentieth exhibition presents SBK, a group exhibition including work by six international artists.
SBK is an experimental, roaming, artistic platform developed by artist Hélène Baril during an artist residency at the Arteles Creative Centre, Finland, in 2011.  Since then SBK has driven through a dozen different countries, achieved numerous feats and collaborated with local artists in several main arts centres around Europe. Having made a full circle, SBK is back in Finland for the final sprint.
SBK is a car, a person and a world where poetry and common sayings come to life mixing with fantasy and adventure. It confuses fiction with reality, rally-cars with art and brings unlikely pairs together. Hélène Baril draws from a diverse array of artistic practices and forms of expression to embody the SBK entity. In this last sprint of 2013 at Äkkigalleria 20, SBK includes the work by 6 artists collected during an intense 6-month tour around Europe. The artists presented in this show are Hélène Baril, Laura Donkers, Alberto Martinez Centerera, Robert Prior Pitt, Matthew Scott Gualco and Lore Smolders.
This exhibition is organized in parallel to the infamous Neste Rally Finland which occurs each year in the city of Jyväskylä. The Neste Car Rally is one of the most prestigious car races of the world carrying with it thousands of rally fans who change the pace and atmosphere of this small city. The coincidence of SBK and the rally happening simultaneously in Jyväskylä brings two separate, isolated worlds so close they might touch. What will happen if they collide? Can two radically separate cultural events coexist in the same space?
Äkkigalleria invites you to discover SBK at the opening of Äkkigalleria 20, at Väinönkatu 36 on July 31st from 4-6pm. The event is free of charge, everyone is welcome.

The opening will be held on July 31st, from 4 to 6 pm in the presence of SBK and artists.

Äkkigalleria thanks the Art Council of Central Finland, the Jyväskylä Artists Association, the Arteles Creative Centre and the Art Centre Haihatus.
3 comments: 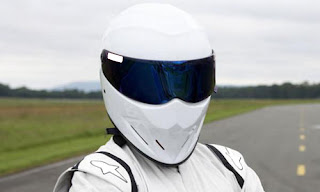 Äkkigalleria 20 will be showing in Jyväskylä during the Neste Rally week from August 1st – 4th, 2013.  The exhibition will be a thematic group exhibition in dialogue with the rally, featuring 6 artists from 6 different countries.